Miracles happen on the Camino.

Even the best laid plans require flexibility from time to time. The Camino de Santiago is crowded with pilgrims on their way to Santiago. Although it is still a bit early for the summer crowds, albergues (hostels) between Saint Jean Pied de Port and Pamplona are filled to capacity every night.

When I arrived in Zubiri, about 45km after I began, there was no room at the inn for this pilgrim. It was still early in the day so I pressed on another 5km to Larronsoana, where there was a large albergue and several smaller options. Much to my surprise, the main albergue was closed for renovations and, again, there was no bed to be found. 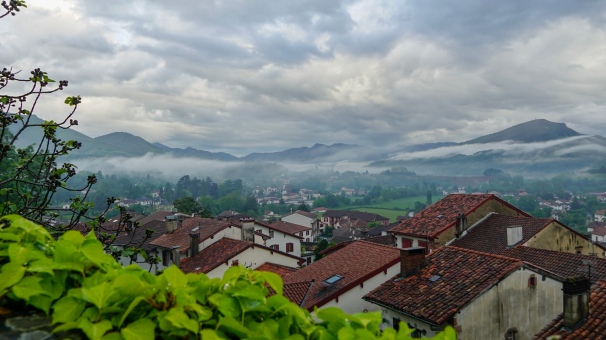 I joined forces with fellow pilgrims and we started calling all the places to stay between Larronsoana and Pamplona. Nothing. Every bed was full. The option of last resort was to take a taxi to Pamplona and get a hotel. For €5, I was able to share a cab with a family from Greece and got dropped off about 15km up the highway on the outskirts of Pamplona. I had a very nice room at the Hotel Iriguibel.

The next morning the receptionist, Maite, called a taxi for me so I could return to Larronsoana and continue the Camino from where I left off. I paid the fare, grabbed my pack, and headed up the trail towards Pamplona. About 100 meters into my walk, I reached down for my phone to review the map and see what my day was going to be. And that’s when I discovered my phone was not in my pocket.

Here’s the miracle part. I immediately ran back to the highway and after about five minutes, was picked up by a man on his way to work. I did not get his name, but I said a prayer for him when I reached Pamplona today. My hotel was past his work, but he happily took me all the way back there. I had it in my mind that from that point, the taxi that transported me could be contacted and my phone could be recovered.

Maite looked at me in surprise as I walked back into the lobby. I explained the situation and without missing a beat, she was on the phone to the taxi company. My driver, Vicente, had my phone, needed to drop his current fare, but would meet me back at the hotel shortly. Twenty minutes later, my phone and I were reunited and Vicente couldn’t stop smiling. He took me back to Larronsoana and I continued on my way.

It’s amazing how much of our lives are tied to these tiny electronic devices. I certainly hope I am never faced with this situation again, but I’m taking an afternoon off to make some paper notes as backup just in case.

If you’re enjoying my journeys, please consider supporting me on Patreon