Peace be upon you. Such a simple and beautiful sentiment.

On March 15, I arrived in Invercargill and I quite literally stumbled into a student protest march. This was a very surreal experience for me. Students were “on strike” from school to assemble and march to city hall to share their message that the New Zealand government needed to do more to address global warming. They were calm and orderly. Apparently this protest march was well organized and planned in advance.  The streets were lined with locals and people out to watch the students and offer moral support for their cause. 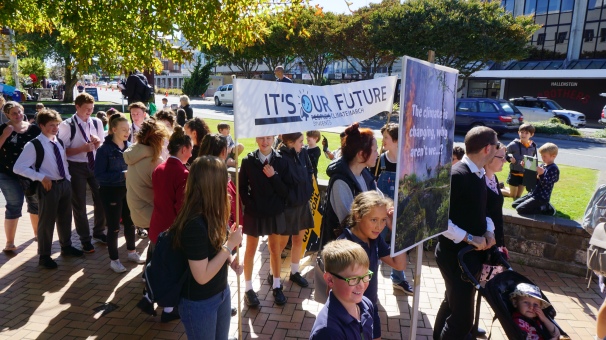 There were two things that I noticed about this protest that struck me as very unique to New Zealand. First, I did not see any police presence. At all. These students gathered, marched, and let their voices be heard, all without the need for police intervention. I couldn’t help but think that if something like this happened in the United States, police would be in hand to marshal crowds and maintain a watchful eye on the situation in the event that things got out of hand. After talking to some of the locals, things getting out of hand is not something that they have ever had to worry about.

Second, I noticed a group of students not participating in the protest march. They were from the Enrich@ILT program and their teachers told me they were starting a unit on Power. Their teachers brought the class out to the protest so they could see the students marching for something they believed in and then they could take this experience back to the classroom to discuss how this form of power is used to make changes in the government.

Imagine, just for a moment, that your child’s class is planning to go to a protest march in order to see how something like that can influence policy in this country. Given the track record of protest marches in the United States, no parent in their right mind would let their child attend something like that. But here was a group of 7-10 year olds, learning about how people can impact policy. The peaceful nature of New Zealand society has fostered an environment where even protests can be peaceful.

Then, that very afternoon, tragedy struck. The Mosque shootings in Christchurch began around 1:30 that afternoon and then this unthinkable incident was all people were talking about. I will not go into the details of what happened. If you can read the synopsis on Stuff HERE.

What really caught my attention after this tragedy was the outpouring of support from both the government and the citizens of New Zealand. The tragedy was the loss of life coupled with the fact that this happened in New Zealand, a country that is accepting of anyone and everyone who wants to live in peace. There were vigils and services held in almost every city in New Zealand after the incident. For the first time, I saw a police presence. They were there, mourning the senseless loss of life along side everyone else. 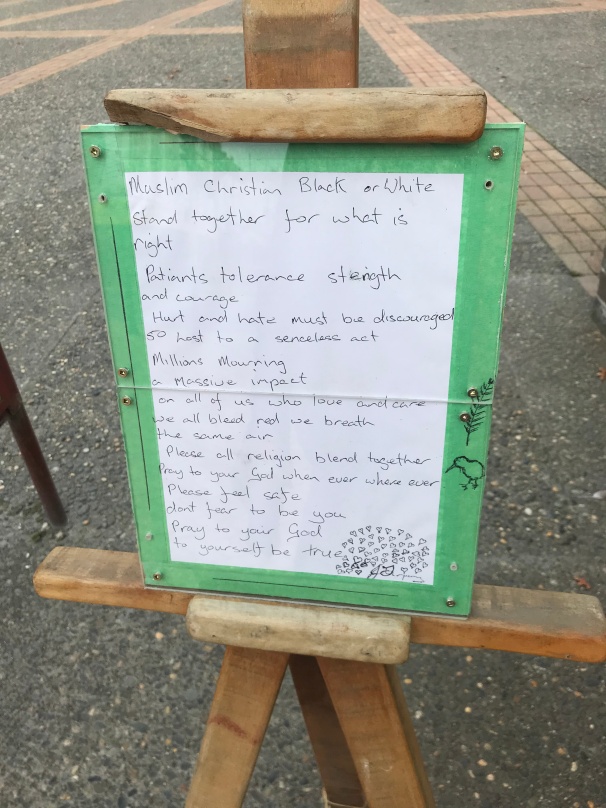 I was a stranger in this foreign land and I was welcomed with open arms wherever I went. The love and support the people in New Zealand show everyone is never ending. I hope the actions of one terrorist does not irreparably damage that spirit, because that spirit is the true treasure of this magical land.

If you’re enjoying my adventures, please consider supporting me on Patreon.