The end of the Camino de Santiago for so many pilgrims happens in either Finnisterre or Muxia. The path is clearly marked in either direction and pilgrims leaving Santiago de Compostela make their own decisions on where to go when they reach The Great Divide. The more popular destination is Finnisterre. Billed as “the end of the world”, Finnisterre was once believed to be as far west as a person could go. The ocean spread out before you, a person could see the point where the earth ended and serpents would devour ships before going over the edge of the world. I can’t help but chuckle to myself when I think of Flat Earthers and wonder if this is a gathering point for them. 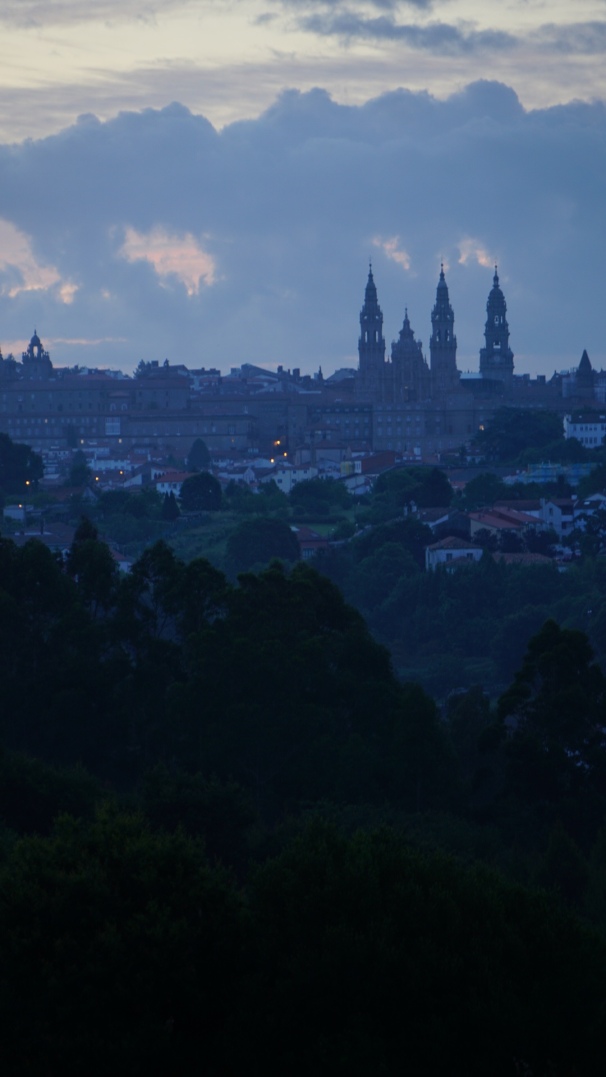 She had to be at least 80, and was out tending her garden. Her labors included trimming the grass around the Camino marker placed in her front yard. I approached her and in my broken Spanish tried to thank her for keeping the marker along the way clear and visible for pilgrims. I think my sentiment was relayed and she indicated that I was to wait right there for a moment. She went inside and returned, handing me a small Cross of St James necklace to wear. Thanks to a fellow pilgrim, I was able to understand that her grandson makes the necklaces to hand out to pilgrims along the way but it’s what she said that made a bigger impact on me.

“God will protect you on your journey to Muxia.” To this point I had not decided on my final destination. But here, this old woman, wearing gardening clogs and a flowery sun dress seemed to know where my journey was taking me. So now, with my final destination determined, I pressed on.

The trail after Santiago de Compostela was different from the way before. There were no longer villages every two to three hours. Cafes were fewer and farther between. But the biggest difference was the lack of fellow pilgrims. Where before Santiago I was within sight of other travelers all day long, now, I found myself quite alone.

My solitude gave me the time to reflect on my journey. I found myself often surprised when I reached towns or significant points along the way. Then, as I was coming down from the last hill, I realized I could hear something new. For the first time in weeks, I could hear waves crashing on the shore. I looked down and saw the marker indicated I was just two kilometers from my journey’s end. 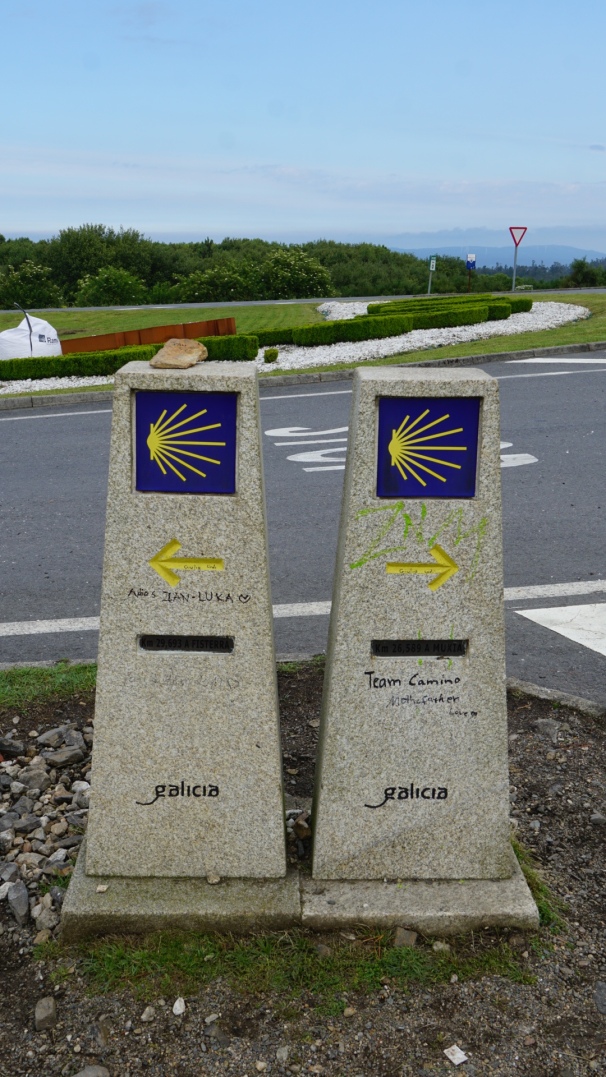 Muxia was everything I dreamed it would be. One of my guidebooks said Muxia is one of the last places on earth where you can claim a piece of land as your own, so long as you can keep your feet planted there. I took this advice to heart. I spent my days sitting on the eastern shore of the Atlantic Ocean, marveling at the knowledge that I’d just walked 800 kilometers across Spain. I’d met people from all over the world. I’d visited the shrine of St James. I’d completed a journey that so many people only dream about. 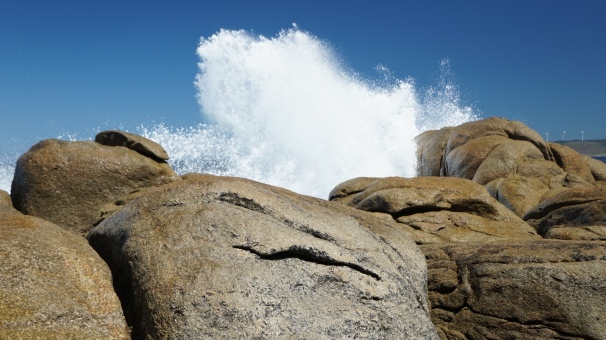 So now, it’s time to make my way home and begin preparing for the next big adventure. Life is funny in that there’s always something new to see. And with my pack firmly in place, I want to see it all!

If you’re enjoying my adventures, please consider supporting me on Patreon