Every AT hiker struggles with something at some point along the trail. Common fears include bears, snakes, and running out of water just to name a few. Hiking all day and wondering if there will be water at the next reported source is always a concern. For me, that struggle was brought home when I got to a stop and found a dead rabbit laying in the stream. My solution? I went a few hundred feet upstream to get the water I needed. This year bear activity reports abound. The theory most of us share is the lingering winter caused food supplies for bears to be late blooming. Whatever the reason, fear is still a struggle for some hikers, but we all seem to find ways to allay those fears and keep moving forward. 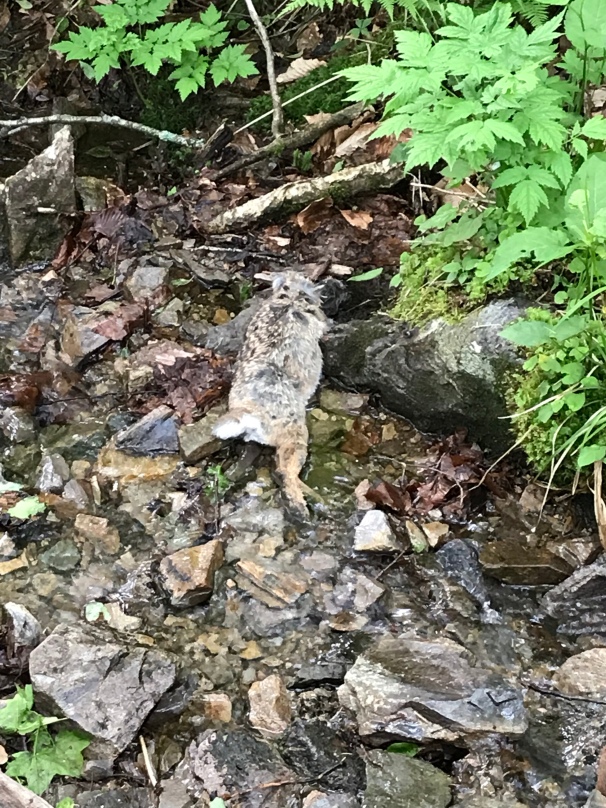 I spent an evening at a shelter outside Damascus with Wedgie & Princess (Wedgie pictured below), south bound section hikers. This was Princess’s first hike and the can of bear spray she kept on her hip belt conjured mental images of Dirty Harry’s .44 Magnum. I could just imagine this mother of four facing down a rampaging bear with a scuba-tank sized bottle of pepper spray! Yes, I exaggerate for effect, but she carried the largest can of bear spray I’ve ever seen! 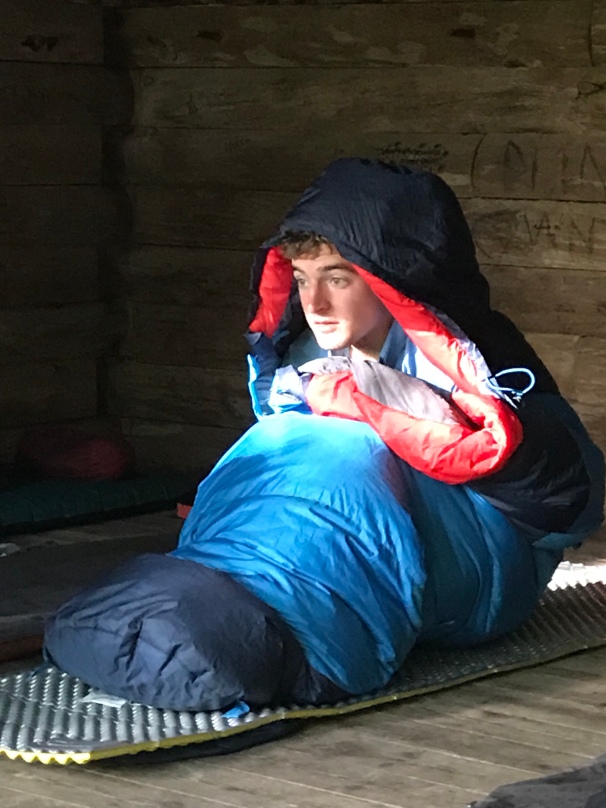 We were joined later that evening by another north bounder, Orlando, and the talk turned to other hazards along the trail. When that topic rolled around to snakes, the general fear of snakes became palpable. Now I do not like snakes, but my personal feelings on the subject are definitely on the mild spectrum. I firmly believe if I leave them alone, they’ll leave me alone. And for the record, I’ve seen one snake on my journey so far. It was maybe fifteen inches long and it was moving so fast in the opposite direction, I’m confident it was more scared of me.

As we settled down for the night, everyone’s fears well churned up, my shelter mates began to assemble an arsenal of defense against nocturnal invasion. Hiking poles were lined up as a barrier against snakes. Pocket knives were kept close at hand for marauding bears. I laughed myself to sleep, my only fear that night was imminent attack in the event I returned from a nighttime pee.

Some hikers, like me, struggle with physical injury. I have struggled with my feet and know they will be the reason I do not complete a thru-hike this year. I’ve made peace with that decision. I have added myself to the LASH group. Long Ass Section Hikers are people who either do large chunks of the AT at one time, or take a number of years to complete the whole trail. I think I could be lumped into either category. I first set foot on the trail in 1995. I’ve been hiking sections of it ever since.

I’m spending my down time with some physical therapy and spend a few hours every day on the treadmill. I think when I go back out in a few weeks, I’ll be more relaxed. Knowing I will not complete the trail this year takes the pressure of having to finish. I can enjoy more things along the way and continue planning my next adventure. I leave for Te Araroa in New Zealand in early October!